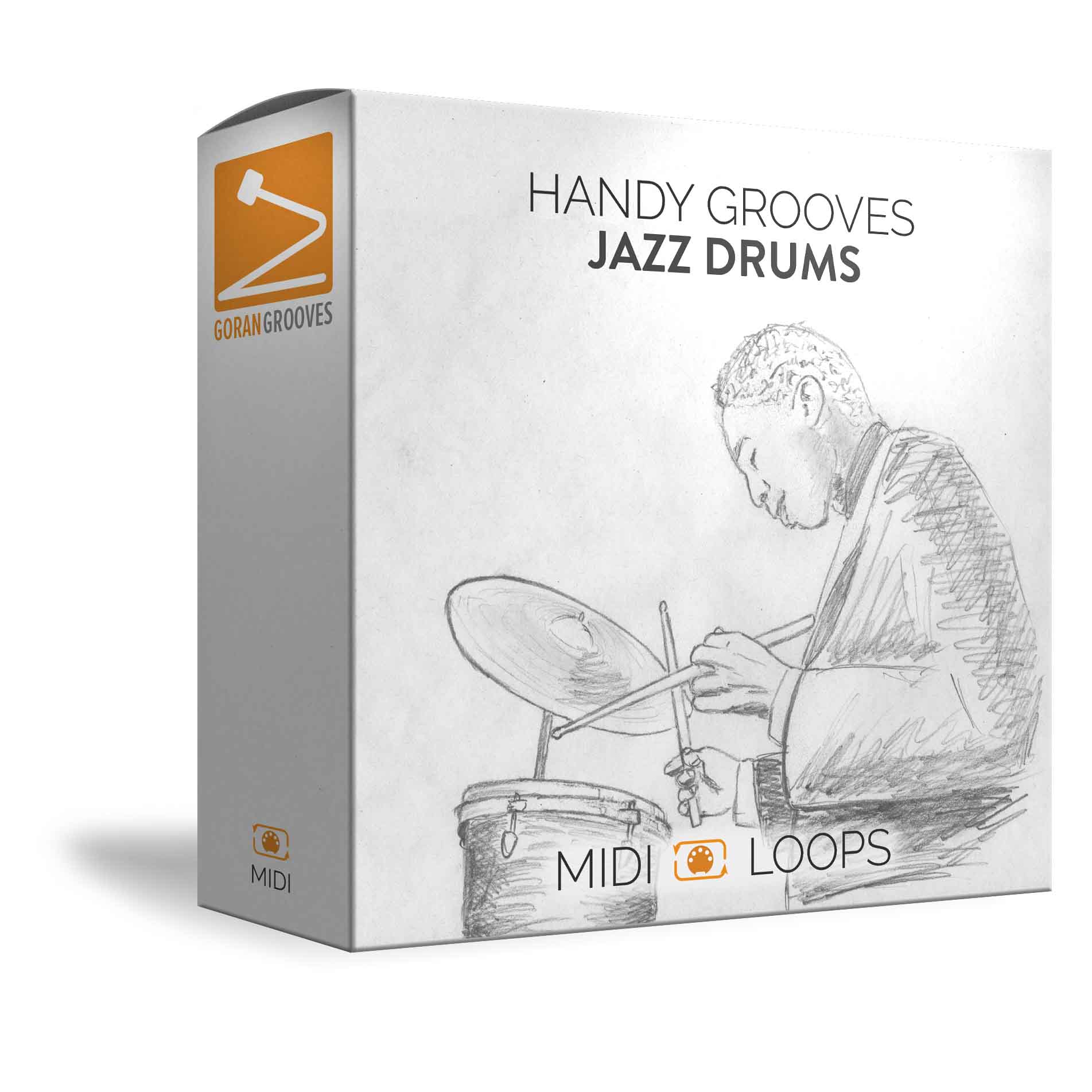 When access to a fine Jazz drummer is an issue, you can count on these drum loops to keep you going. Carefully produced by one of the hottest jazz drummers on the scene, Ludwig Afonso, they capture the authentic, hard-swinging feel and a light touch.

Their simplicity ensures that they take a back seat, giving you a solid foundation on which to build your tunes. The drum loops start from the bare ride cymbal beat and build progressively with snare and kick comping.

Included in this Jazz drum loop collection are:

These Jazz drum loops will produce the best results when paired with the Handy Drums Jazz Standard sampled drumset.

They are not compatible with BeatBuddy.

Authentic Jazz drum beats on your track with a few clicks of the mouse.

Use them out of the box or combine them into your custom grooves.

For producers and songwriters alike.

We know that your music requires a solid, swinging rhythmic foundation, and you don’t want drum loops to sound like a drummer has a panic attack.

That is why this jazz drum loop collection contains very basic jazz grooves and more complex ones. As the name implies, they are very handy and practical to utilize.

Even if you plan on having a real drummer record your tunes, these loops will provide you with solid, authentic Jazz time-keeping to convey your ideas in the meantime.

They snap together beautifully, particularly when you meld
the appropriate genre-flavoured grooves with their respective kits.

A turnkey way to stay focused on your creativity and songwriting
without worrying about the details.

The grooves are very usable, the MIDI obviously editable,
and the price pretty modest given what’s on offer.

Great drummers shift the timing of some beats ever so slightly to create a more groovy beat while keeping the groove consistent. Be it playing up on the beat, tightening up the triplets, or accenting particular notes, they all contribute to what makes a Jazz drummer’s groove feel good in music.

Lucky for you, here you have a swing feel of one of the hottest jazz drummers on today’s scene embedded in every loop. Enjoy!

Merely recording even a world-class jazz drummer on an e-drumset doesn’t guarantee the results will translate to an acoustic-like performance. Dynamics and timing can quickly get out of whack.

We carefully edited each note so that what you hear sounds as close as possible to what a great jazz drummer would sound on an acoustic kit. We then ensure that the feel is consistent throughout and that the grooves loop seamlessly.

Jazz drummers play dynamically, accenting some notes while playing others softer or “ghosting” them to achieve groovy and driving beats, making the drums swing.

Micro-dynamics can make or break a groove. It is those “hills and valleys” that make a groove “talk.”

These midi Jazz drum beats are packed with authentic Jazz articulations, accents, and microdynamics to convey a natural performance.

“In the Pocket” Swinging Beats

“In the Pocket” Swinging Beats

Drummers spend years perfecting their own “feel,” getting the grooves “in the pocket.” You know you’ve hit the “pocket” when the music lifts off the ground and becomes weightless.

Of course, nothing comes close to a great jazz drummer swinging a vintage cymbal, but we did our best to translate as much of that essence as possible into our jazz drum loops and over into your music. May the “pocket” be with you!

Save a year or a decade trying to figure out how to make a simple jazz ride beat swing!

Handy Drums and Handy Grooves is a perfect pairing for the singer-songwriter, musician, or producer who wants to get a professional-sounding drum track up and grooving.
– RECORDING MAGAZINE

While our midi jazz drum loops conform to GM drum mapping wherever practical, they were created as the flawless accompaniment to our sampled drum plugins.

Ludwig Afonso has been one of the hottest drummers on the Jazz scene since moving to NY from Miami in 2003 and landing a gig with Spyro Gyra.

He has been the backbone for Richard Bona’s band for the last decade and has been regularly performing with the likes of Eldar Djangirov, Martin Bejerano, Yosvanny Terry, Giovanni Hidalgo, Joshua Redman, John Benitez, Dave Valentin, Pedrito Martinez, The Rodriguez Brothers, Manuel Valera, Mark Murphy, Juan Carlos Formel among many others.

Ludwig is infusing his vast performing experience and knowledge into drum loop production for the benefit of musicians and producers worldwide.

Ready to get grooving?

Sort By Date
Filter- Genre
All Genres
To Top